Looking ahead to 2020 and beyond 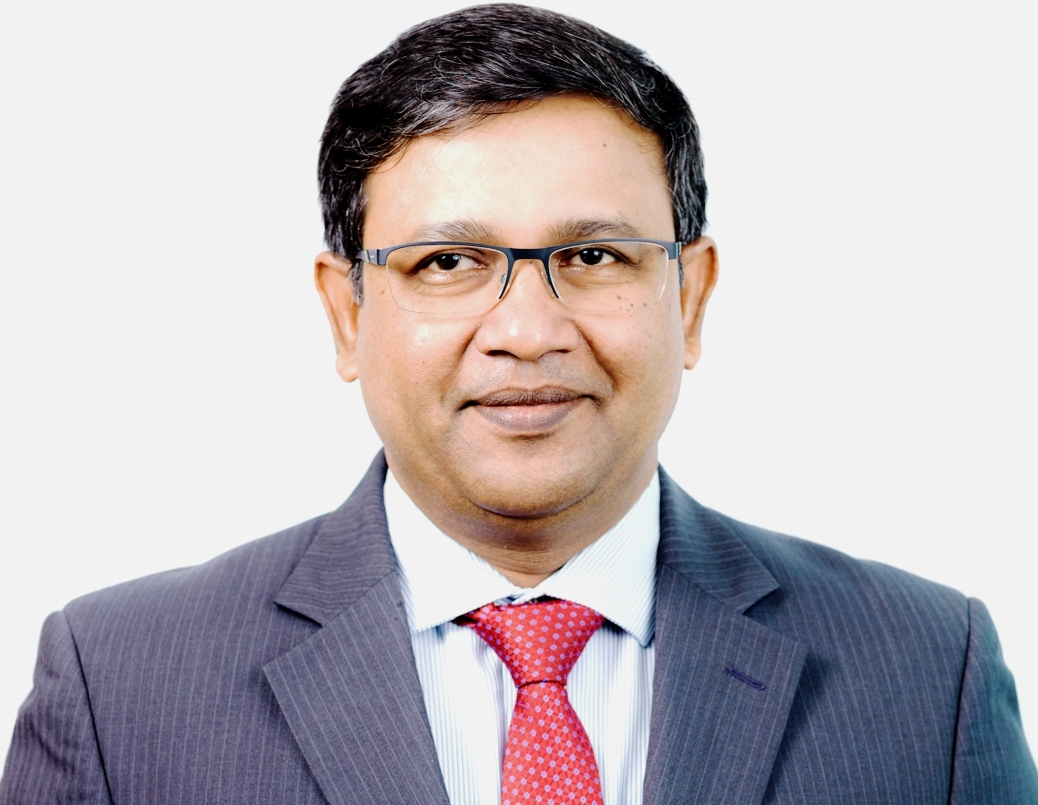 In 2020 and beyond we envisage greater integration of power generation and distribution strategies and investments. While communities experience intermittent power outages, India as a whole generates surplus power. So we need the physical distribution network to deliver reliable power to all, supported by a financial and regulatory ecosystem that allows discoms to deliver upon their commitments to customers and the gencos.

On the generation side, although we have a surplus now, demand for power continues to increase. BP predicts our primary energy consumption will expand by 1.2 billion tonnes of oil equivalent or 156 per cent by 2040. So as well as strengthening the distribution sector, we need to significantly increase generation capacity.

The key to success is integrating the development of generation and distribution at a strategic and delivery level.

Renewables are central to energy security, but as urban air quality challenges continue to demonstrate, the need to reduce the power sector’s emissions is pressing. Renewable energy’s share of installed capacity is forecast to rise to 43 per cent by 2027. A record 74 percent of the total capacity added in India during 2018 was renewables: 50 per cent solar, 12 per cent wind, with the rest comprised of small-scale hydro, biomass and waste-to-energy. All of these are mature technologies, so growth opportunities include optimisation of existing assets as well as new capacity.

Large-scale solar projects require land so, as with some conventional power projects, delays in land acquisition and site handover remain a significant challenge. With fragmented land ownership, resolving cost and compensation issues can take a long time. Most water bodies, however, are owned by utilities and governments. This can make floating solar an attractive alternative. As a result, floating solar capacity is likely to grow during 2020.

If the floating solar array is built near hydropower plants and raw water reservoirs of thermal plants, developers can leverage existing power facilities, such as transmission lines. The engineer, procure, construct cost is higher for floating solar than onshore solar. However, with floating solar farms achieving additional generation due to the cooling effects of water, the levelized cost from both forms of solar array is comparable.

Offshore wind is another way in which land acquisition challenges can be mitigated. Offshore wind is among the most reliable forms of renewable energy. The further offshore you go the better the wind resource, with fixed bottom wind being the norm for near-shore or shallow water, floating wind technology will be key to harnessing the wind flowing over deeper offshore waters.

Government recognises offshore wind’s potential. “Repowering old wind farms with higher capacity turbines does not offer the same scale as offshore wind. Globally, the offshore wind energy segment is thriving and we need to get in the game,” according to Bhanu Pratap Yadav, joint secretary, Ministry of New and Renewable Energy.

Although it may seem counter intuitive, investing in conventional power – and integrating conventional and renewables into the supply network - remains key in providing cleaner, affordable energy in India for the medium term. This need for a fully balanced energy mix is reflected in the government’s energy policy.

The ability to quickly ramp-up makes gas-fired generation a reliable baseload buffer for intermittent renewable sources of power. During her 2019 Union Budget speech Finance minister Nirmala Sitharaman said government would pursue a scheme for the revival of gas-based power plants. 2020 could see the green shoots of this policy.

As long as coal plays a central role, it will be necessary to optimise fuel consumption and environmental performance through utilisation supercritical combustion technology – to provide a cleaner burn and an efficient plant. In addition, all coal based units, depending on its site location, should study and implement the most feasible advanced air quality control systems to curb stack emissions such as sulfur dioxide, oxides of nitrogen and mercury.

India’s installed coal capacity is set to increase to 70 per cent by 2026, according to BMI Research. As Ghanshyam Prasad, the Ministry of Power’s chief engineer noted recently, “If we have to meet demand and address the intermittencies we have with solar and wind, we have no choice but to keep depending on coal-based generation in the near future.”

So it would be simplistic to see last year’s decision to close Delhi’s Rajghat thermal power plant and use the site for a 5,000 kilowatt (KW) solar park as a metaphor for India’s power sector. Renewables are not yet displacing conventional power generation. 2020 will see the growing integration of renewable and conventional power that India needs.

Conventional T&D infrastructure will continue to be the norm in established urban centres. Even here, however, as we incorporate ever greater amounts of power from intermittent renewable sources such as wind and solar into the grid, there will be a growing need to invest in battery storage. This will need to be combined with smart distribution management systems that enable the smooth and on-demand integration of energy from conventional and renewable sources to ensure there is always enough power to meet end-users’ needs; and that the system has the resilience to cope with atypical demand patterns and factors like equipment failure and severe weather events.

Although grid connectivity will also be the mainstay for many rural electrification programmes, some states are considering extending the role of microgrids beyond the electrification of the most difficult to reach communities. By official definition, a village is electrified if 10 per cent of homes have a power connection, which means that in many electrified villages there remains the scope to increase the number of connected homes, and the reliability of supply. Microgrids offer the potential to achieve this.

Core components of a typical rural microgrid include small-scale solar and wind generation, coupled to an optimised battery storage system. With battery storage microgrids offer performance comparable, or better, than many rural grid connections. This is especially applicable in instances where extending the grid will create power losses as transmission and distribution distances are increased. As grid connectivity is extended to remote communities, microgrids also offer the potential to integrate local and centrally generated power – providing greater resilience.

Technical developments in the T&D sector need to be integrated with policy developments. This comes in the shape of UDAY 2.0. It looks as though UDAY 2.0 is offering more sticks than carrots to encourage the discoms to improve their performance. And there is a long way to go. According to the PRAAPTI portal, the discoms owed gencos Rs 78,564 crore as of August 2019. Introducing the mandatory letters of credit for getting supply from gencos should help ease the availability of power, but does less to influence the underlying economic fundamentals.

UDAY 2.0 proposes discoms pay a surcharge for delayed payment, equal to the commercial rate of interest; as well as restricting poorly performing discoms’ access to national government finance. These look like strong incentives for the discoms to enhance performance.

During 2020 we will begin to see how well UDAY 2.0 works on the ground. Looking to the medium term, the absence of long-term power purchase agreements that should help ensure stability between supply and demand remains a challenge.

Microgrids flexibility to function either independently or as part of the macrogrid means their potential is not limited to rural electrification programmes. In order to ensure a reliable power supply India’s commercial and industrial users are building microgrids at an even faster pace and scale than rural communities. Nowhere is the potential more evident than in India’s nascent data centre sector.

As well as resilience microgrids can offer commercial and industrial users potential revenue streams as utilities may pay major users to reduce loads and peak times, and will buy surplus power generated or stored by the microgrid.

The growth of ‘prosumers’ will also be fuelled by uptake of electric vehicles (EVs). The focus on EVs in the 2019 Union Budget will improve the longer-term outlook for EV sales. In countries where EV uptake is becoming widespread we are seeing owners begin to offer spare battery capacity, or sell unused power, to gencos and discoms.

So 2020 should be an exciting year, with some potentially significant changes. We should be mindful, however, that India’s energy transition – through the iintegration of power generation and distribution strategies and investments – will be a process of evolution rather than revolution. 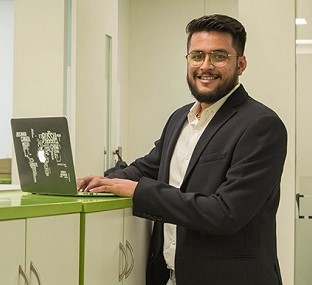 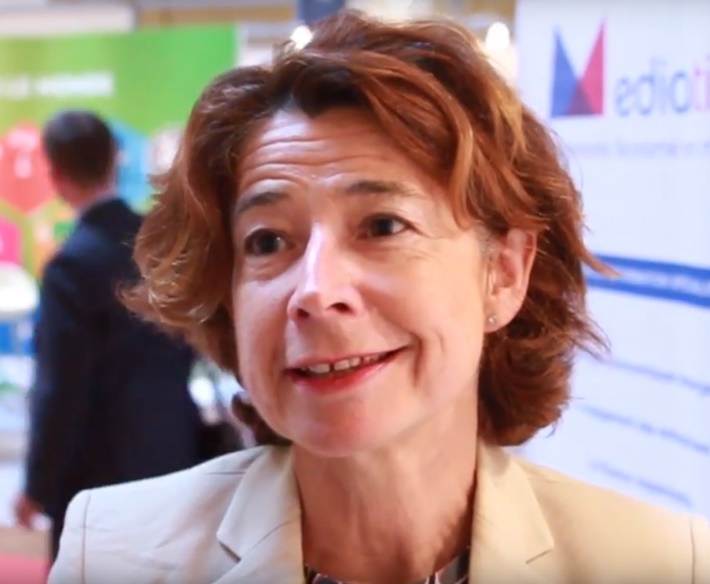 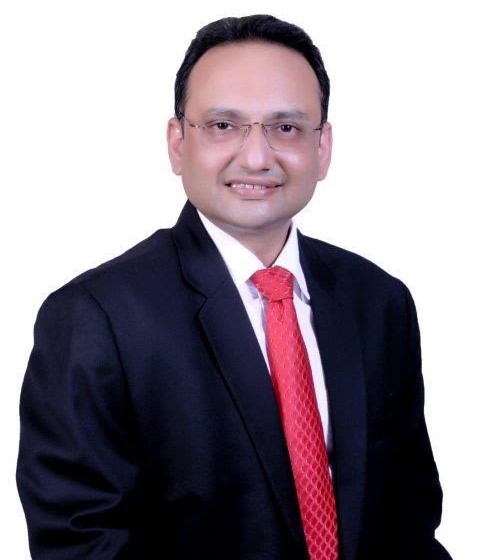